Scripts - The Cube by Rick Thomas & Definition by Alyssa Pearson

Thanks to everyone who entered the contest this year. A record number of scripts were submitted -- all told 9 scripts & treatments were submitted. Thanks, also to a field of alumni judges who helpfully weighed in to distinguish between the scripts' many merits.

These scripts will now enter a process of development and one or both will be produced by a team student producers, actors, musicians, designers and crew persons.

If you're interested in entering the process, now is an ideal time, we have many various positions available.

Congratulations again to the winners!
Posted by andrewerudd at 5:00 PM

The competition between this year's screenplays included so MANY scripts, and so many scripts of similar quality....

...that we're calling in a second round of judges. Since the number of directors selected is tied to the number of scripts selected -- we'll defer announcing any of our winners until WEDNESDAY at 5 p.m..

So sorry to keep you guessing!

Thanks for your hard work!
Posted by andrewerudd at 8:07 PM

(or wannabes for any of the above categories....)

This alert is to let you know that the OPEN FRAME DEADLINE has been pushed BACK (old calendars have been corrected to account for the new dates). Hopefully the new deadline will allow those of you struggling to complete mid-term projects to focus your energy on classroom success first, and then postpone your OPEN FRAME energy for the weekend of Fall Break.

WINNERS will be announced HERE on the Open Frame Blog at 5 pm, Friday, October 24th, 2008.

If you want to submit scripts, see this link for information.

If you would like to apply to be a director, please see this link for information.

If you would like to be a producer, please see this link for information.

We recommend that first-time filmmakers begin by writing scripts and applying for Producer Positions.
Posted by andrewerudd at 8:27 AM

As some of you know, we kicked off this year with a Film Pitch Mad Libs Contest -- the winning pitch would receive a $25 gift certificate to Tinseltown theatre. Judging was accomplished using a double blind panel process, to ensure fairness. After careful deliberation our judges panel unanimously selected the following pitch:

A man who smells like dandelions when people lie to him, must thrive in a world with no winter, when the love of his life lies about the knowledge of his past. What is the truth?

This year the Communication Arts Department at Malone College will again host the Open Frame Student Film Fest in the Spring, and in the meantime, help develop student filmmakers and films for exhibition at that event.

The following dates are all geared to help you (students!) participate.

information about the contests, opportunities to connect to other student filmmakers & ice cream!

the outcomes will be posted here! Don't miss them!
Posted by andrewerudd at 4:33 PM 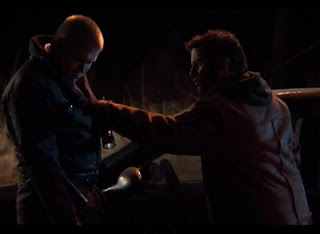 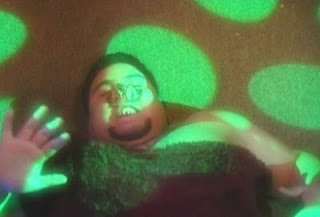 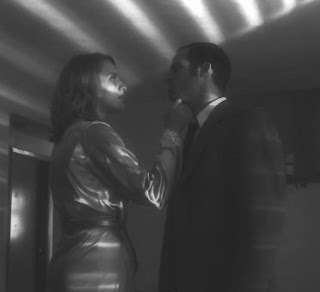 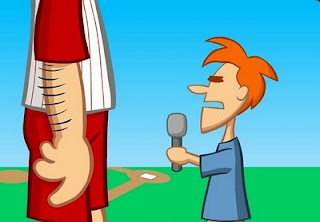 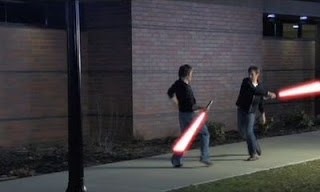 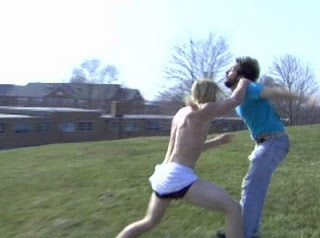 Thanks to everyone who helped make Friday Night's Event a success. We packed the JC Memorial Chapel; over 300 students, faculty, staff & local folks came to watch 8 student films and a brief award ceremony. 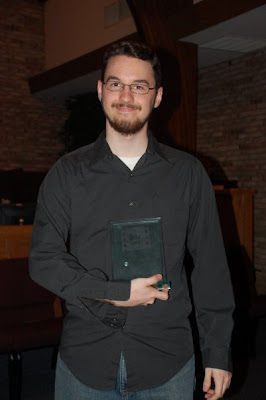 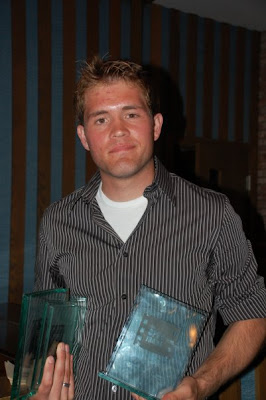 * photos courtesy Ruth Lang & the AVISO -- if you have any more from the event -- I'd love to post them!
Posted by andrewerudd at 3:42 PM

Thanks to a great jury!

For the first five years of the Open Frame Student Film Contest -- we relied heavily on the gracious jurying of our faithful alumni, faculty members and staff. We have always been deeply grateful for their willingness to serve current students and their films, but have also been wary in recent years of overwhelming them with so many films and a consistently short time to render their judgement. Dan Kane, Entertainment Editor for the Canton Repository. Dan's incisive and witty columns remarkably profile the best local entertainment in Stark County -- and point his readers to a much broader cultural scene nationally and internationally. 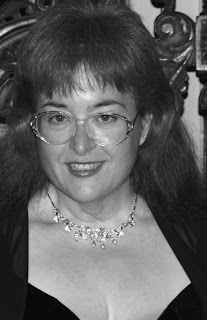 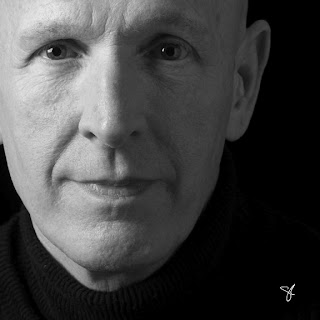 Robb Hankins, CEO of ARTS IN STARK is credited by many for bringing an arts renaissance to Stark County. Hankins has mobilized artists, funding, events, space & time to create a blossoming arts community in downtown Canton, Ohio and throughout Stark County. 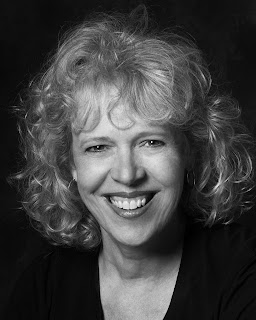 John K. Bucher, Jr, faculty member at the Los Angeles Film Studies Center, is an award-winning filmmaker who has produced film, television and video programming in more than 30 countries around the world including Iraq, Mongolia, Cuba and China. His documentary work on AIDS in Africa won both Telly and Omni Awards in 2003. 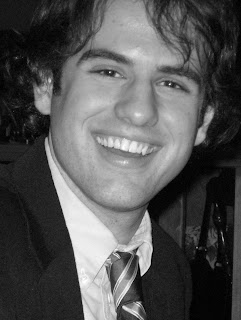 Seth Thomas is our Malone College Alumni representative this year. Seth works in the entertainment industry in Los Angeles, CA and continues to travel around the nation performing with a professional comedy improv troupe. Seth continues to write scripts, extending some of the talents that he demonstrated when a student at Malone, winning the BEST FILM award at multiple Open Frames.
Posted by andrewerudd at 1:25 PM

Student films came flooding in yesterday and I'm pleased to announce that the lineup looks awesome. Below are a few stills that will, hopefully, entice you to come join us next weekend. 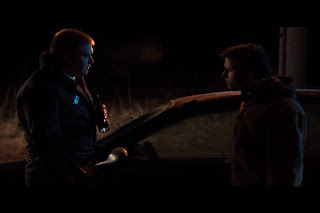 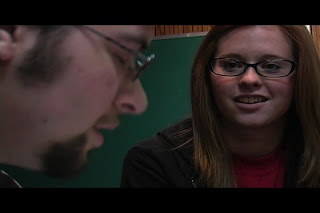 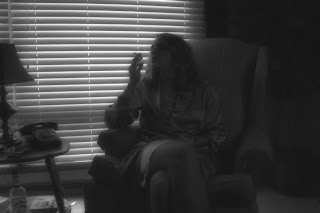 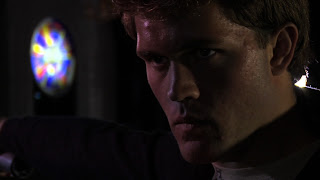 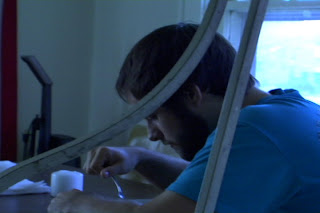 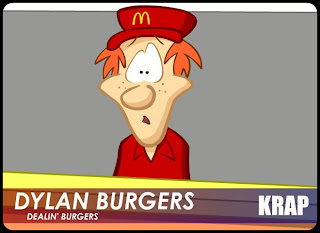 Doors open at 8 -- bring a pillow & cash to buy treats from the Mexico Service Learning Team -- and come early to watch former student films in the foyer!
Posted by andrewerudd at 3:16 PM

Submission Date is Looming! So here are the basics:

films may be submitted on VHS-C or Hi-8 or on a hard disc drive in Quicktime Format. (no DVD submissions)

films must be fifteen minutes or under to be considered.

films may only include actors who do not appear in any other film festival submissions.

filmmakers must obtain rights to any music used in their films.

accepted filmmakers must volunteer a minumum of four hours during the final week of the festival.

to be eligible for awards, the film must be created by Malone students (for more information on this standard click here.)

Films will be accepted based upon quality of form and content, and restricted based on the limited timeframe of the festival.

ANOTHER IMPORTANT ANNOUNCEMENT -- the Open Frame Student Film Contest event will be held on April 18th in the Johnson Center at NINE p.m.. Seating is open & on the floor; doors will open at 8:15. We will screen 2 hours of films followed by a brief awards ceremony.
Posted by andrewerudd at 5:48 AM

check it out here.
Posted by andrewerudd at 8:03 PM

Pre-production has started on the department-sponsored film, Questionable Behavior.

Written by Dan Walton, directed by Stephen Thomas & produced by Audrey Sackman, Alyssa Pearson, Alyssa Salsburey and Aaron Freeman, this 8 minute short comedy will be filmed in mid-march in order to be ready for the April 18th Festival.

Open Auditions for the film will be THIS SATURDAY, February 23rd in the Johnson Center Chapel from 3 - 5. You can read the press release here.

Add as us a friend on Myspace if you want to be really supportive!
Posted by andrewerudd at 8:01 AM

Look at the cool highlight reel that AJG put together this past summer. We're ramping up for this years' OPEN FRAME right now.

Were you involved in the Open Frame back in the day? Or just attend the event? Maybe you're a current student filmmaker? or someone local to Northeast Ohio who wouldn't mind getting involved in our student films?

Add us as a friend on myspace...we'll post opportunities and announcements there!
Posted by andrewerudd at 7:16 AM

What Qualifies a Film as Malone-Student-Made

A few criteria have grown up around the fest and been passed around in the oral tradition. Here are the standards which have a little bit of elasticity to them:

- A film made by all Malone students obviously counts,

- If some of the "major players" (writer, director, actors, producers, composers) are not students, then a film must include THREE Malone students in these roles in order to be eligible for awards.

- A film made by one Malone student in collaboration with only non-Malone students WILL still be eligible to screen at the festival as long as that student played a significant role in the production of the film.
Posted by andrewerudd at 6:05 AM

Terrence Wandtke sent me information for the Imago Dei Film Fest at Judson.

Shouldn't you be sending your short in to them?

The Imago Film Festival is designed to showcase short films of spiritual significance, artistic merit, and cultural relevance. We are now accepting film submissions for the festival to be held March 31st-April 4th, 2008.
We would appreciate your help in raising awareness. If you are so inclined, please hang up the attached poster, inform your students, and/or forward this e-mail to your students, other faculty, and news outlets. Your help in this regard is greatly appreciated.

It's not too late to send your submissions.
Posted by andrewerudd at 10:38 AM