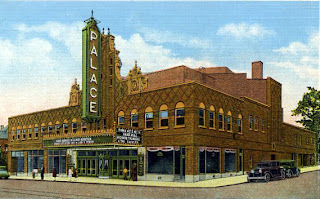 This year's Open Frame Film Festival will be held at the historic Palace Theater on Saturday April, 16, 2016.  The Palace theater stands as a part of Cinema history and culture in the United States.  The Palace Theater, Harry Harper Ink's million dollar vaudeville and movie house opened to standing room only crowds in 1926.  For a more complete history of this local jewel visit Canton Palace Theater History.

Students whose films are accepted for screenings at the Open Frame Festival will join an elite group of film makers whose films have been projected on its screen.  The Palace is currently undergoing updates and renovations under its 2012/2013 Capital Campaign which has made updates to the physical plant, and will allow for digital conversion to its projection system prior to this year's Open Frame Festival. 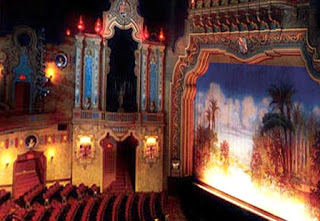 We are pleased to offer a wide variety of additional opportunities, collaborations, and mentoring experiences for our student film makers this year.  We invite all of our students and the public as well to our Master Film Maker series.  We'll be screening nine of the most respected and awarded films in the history of Cinema.  We invite you to learn the craft of lighting, cinematography, framing and the magic of storytelling from master directors including: Orson Welles, Alfred Hitchcock, Jean Renior, F.W. Murnau, Vittorio DeSica, Woody Allen and more.  We'd love to have you join award winning screenwriter, director and cinema blogger for the Sundance Channel, Annie Howell as she conducts a hands-on workshop on screenwriting that is open to our students and the public.  Students can join in our scriptwriting challenge, enter our movie poster contest, and work with this area's most talented cinematographers in our Cinematographer workshop.

So please join us for any and all of the events that are the Open Frame!